The European Commission’s department for European Civil Protection and Humanitarian Aid Operations (ECHO) has been contributing and investing in DRR and preparedness projects over the last decades both in terms of funding and activities. DG ECHO initiated DIPECHO (Disaster Preparedness ECHO) programme in 1996 with the key goal to increase communities’ resilience and reduce their vulnerability. In turn, communities at risk could be better prepared for and protect themselves against various shocks and stresses, including disasters triggered by natural hazards, conflict, economic crisis etc.

The impact of disasters has changed in Southeast Asia in the past few decades. DIPECHO partners, local community, civil society organizations (CSOs), and national and sub-national governments, including regional institutions have developed various coping capacities. As a result of DIPECHO’s support, significant achievements have been made in disaster risk reduction (DRR) in Southeast Asia in the past 20 years. In this backdrop, a study has been developed to capture the extent of DIPECHO contributions in the evolution of DRR in the region which draws out good practices and achievements as well as challenges and key lessons learned. The study seeks to provide concrete recommendations for future DRR on how various players can continue to improve coping capacity in the government, CSOs, and at the local level, in-line with regional and global frameworks such as the new AADMER Work Plan and in support for the implementation of the Sendai Framework. The study (featured below) will be presented during this proposed Regional Lessons Learned Workshop of ECHO Partners to be held on 7 to 8 December 2017 in Bangkok, Thailand. 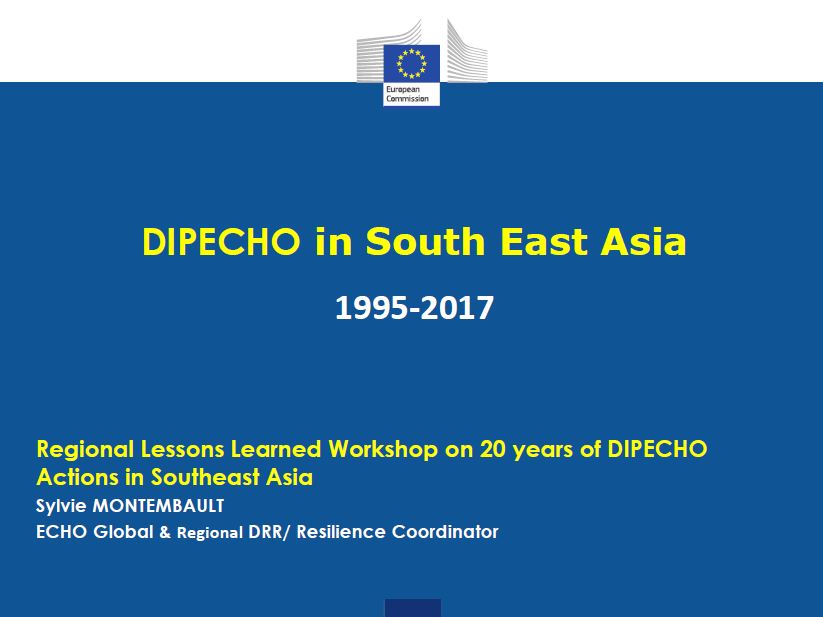 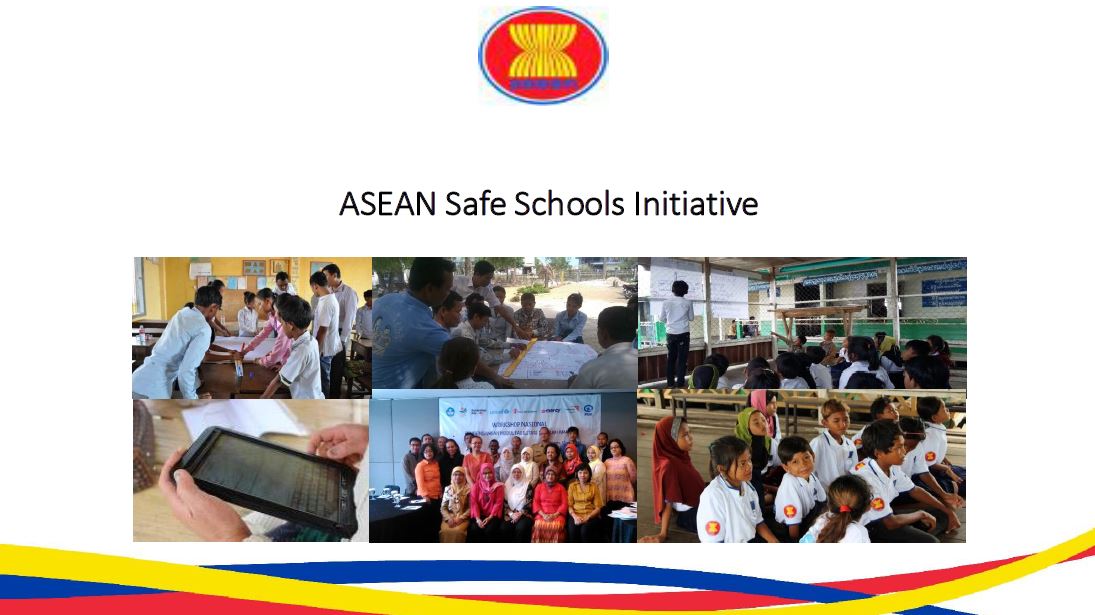 Example of impacts as a result of DIPECHO interventions - Vietnam example 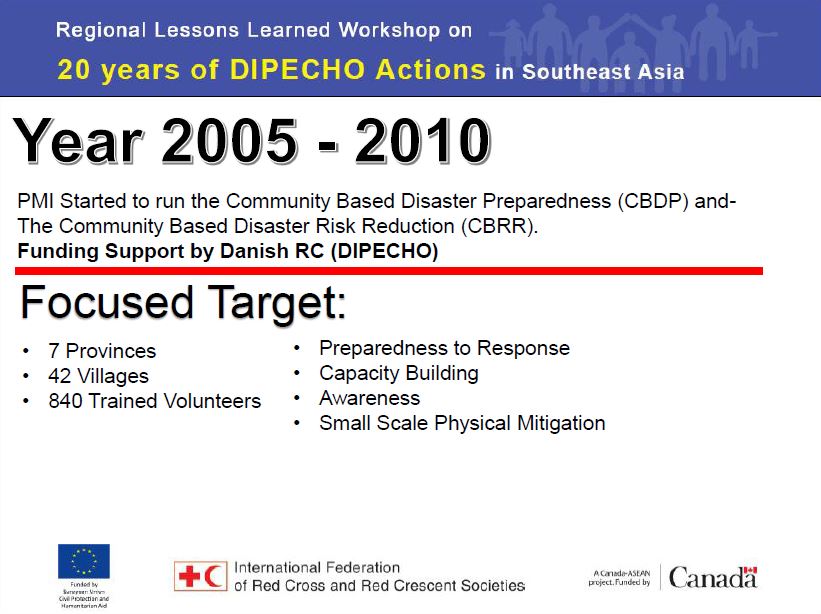 Example of impacts as a result of DIPECHO interventions - PMI example 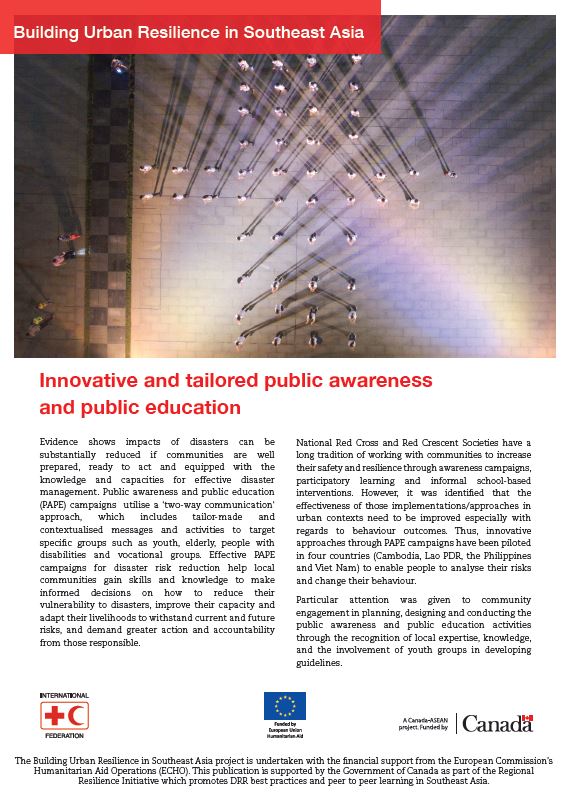 The case study is extracted from the Building Urban Resilience in Southeast Asia, an ECHO-funded project, which features innovative approaches through public awareness and public education campaigns to enhance community safety and resilience, piloted in Cambodia, Lao PDR, the Philippines… 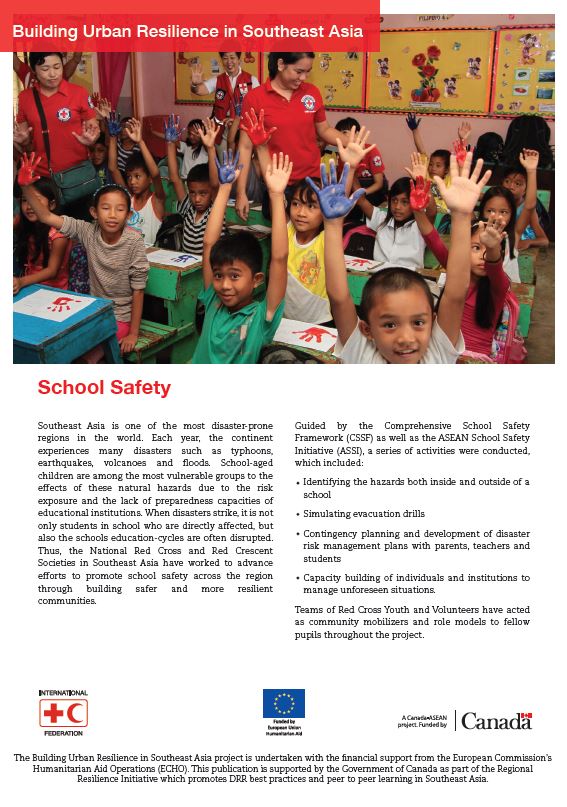