Formed in 2000, Cruz Vermelha de Timor-Leste (CVTL), the Red Cross of Timor-Leste, is one of the youngest Red Cross and Red Crescent Societies in the world.

CVTL’s vision is to save lives and improve the quality of life of the most vulnerable people. It does this through responding to disasters, providing first aid and basic health services, supporting water and sanitation services, HIV/AIDS prevention, tracing and other activities. The society’s work is guided by its Strategic Plan for 2015-2019.

CVTL, like all Red Cross and Red Crescent societies, recruits volunteers from local communities to deliver most services.

There are no upcoming events at this time.

Branch Offices: 13 districts of Timor-Leste, with its national headquarters in the capital, Dili

Funding: 1,987,302 CHF. A small amount of funding comes from the Timor-Leste government, while most is through partner National Society support Each branch also raises money to help fund its operational costs.

IFRC Country Delegation? Yes. IFRC has had representatives in place since early 2001 to assist with the formation of the CVTL and to help build the necessary capacity to deliver services to the vulnerable population. IFRC signed a legal status agreement with the Timor-Leste government in 2006.

Legal Status: CVTL is formally recognised by the Timor-Leste Government in a Decree Law (2005) and protective emblem law (2009) 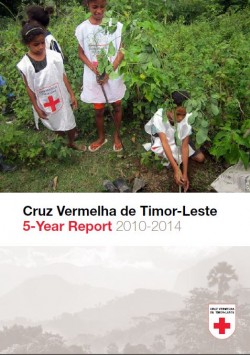 Purpose: This report decribes and  updates  the growth of CVTL and its effective life-saving programs from 2010 to 2014 to meet the specific needs and vulnerabilities that concern humanitarian efforts in Timor Leste. Overview: The report includes: Highlights from 2010-2014 Achievement of CVTL in… 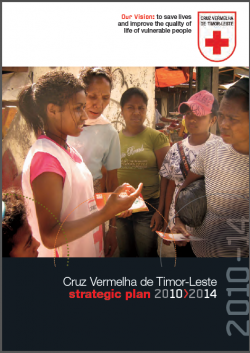 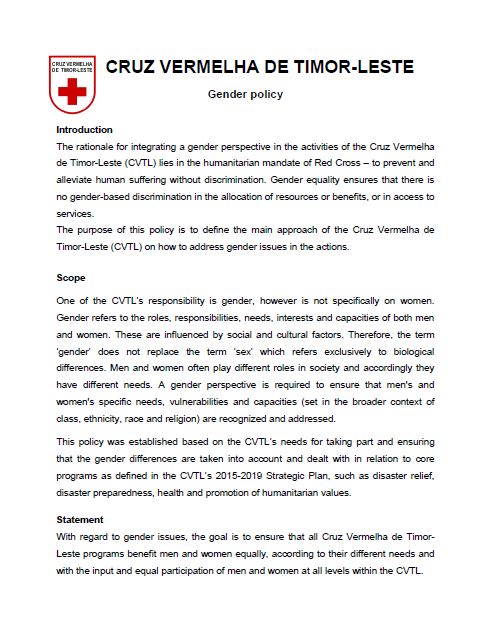 This policy defines the main approach of the Cruz Vermelha de Timor-Leste (CVTL) on how to address gender issues in the actions. The policy was established based on the CVTL’s needs for taking part and ensuring that the gender differences are taken into account and dealt with in relation to core programs as defined in the CVTL’s 2015-2019 Strategic Plan, such as disaster relief, disaster preparedness, health and promotion of humanitarian values.

Stories from the country