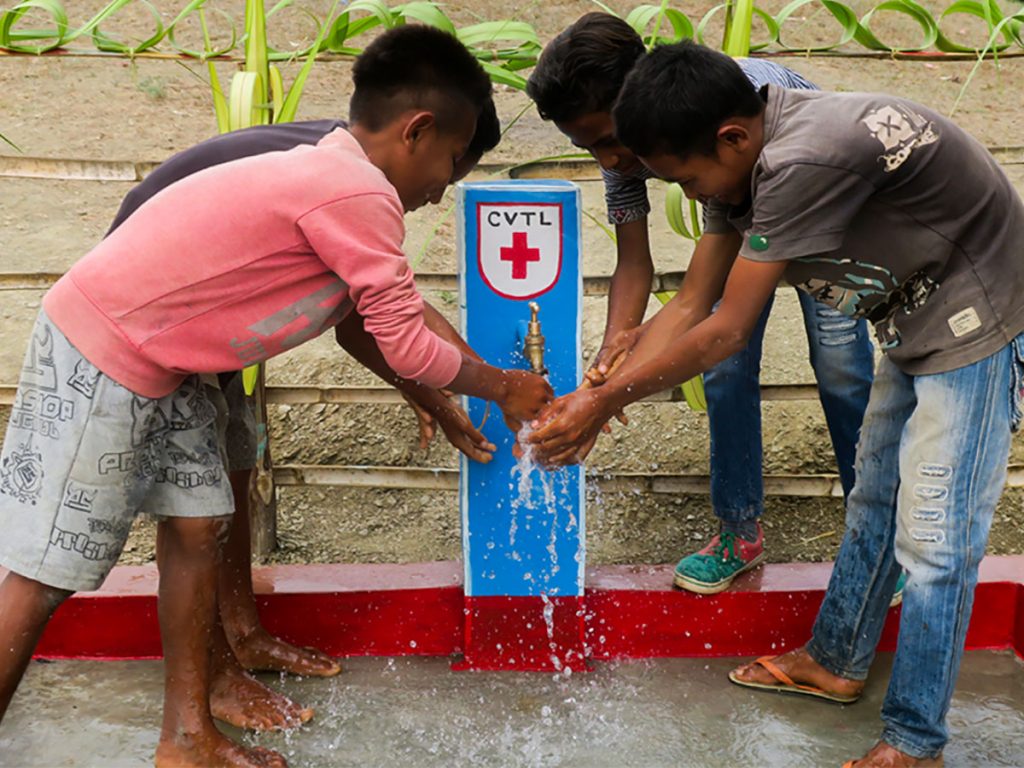 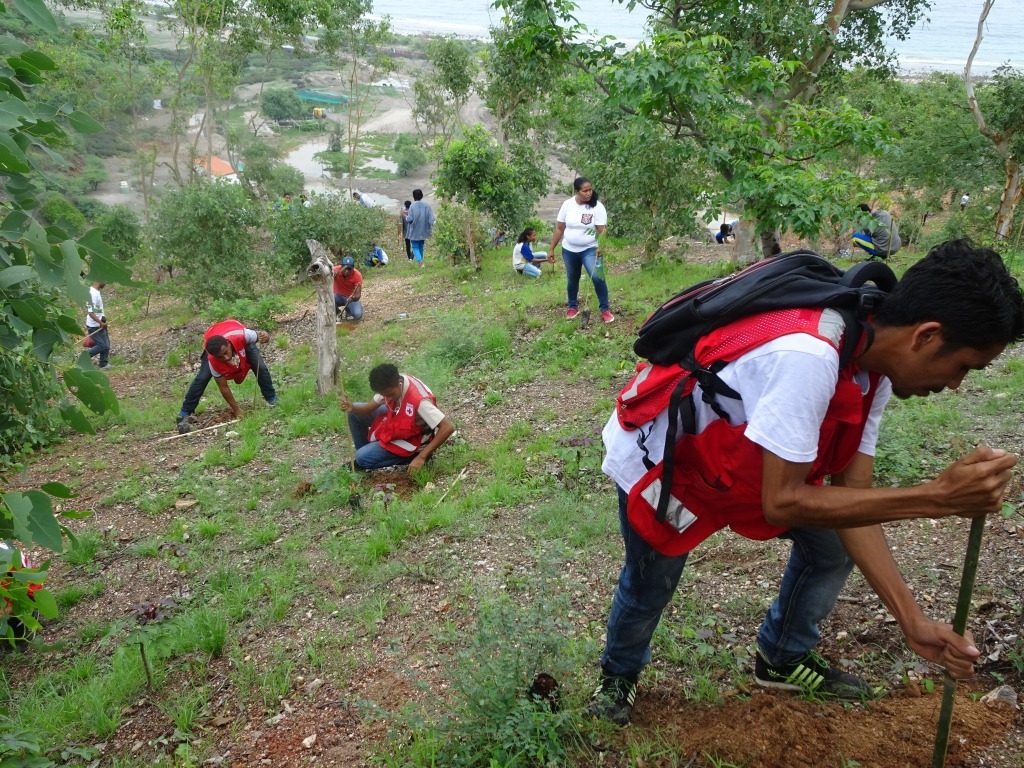 Ms. Emidia “Emi” Belo is the Disaster Risk Reduction Manager for the Cruz Vermelha de Timor-Leste (CVTL or Timor-Leste Red Cross) and has been working on a climate change programme for ten years.

“Timor-Leste is facing (the impact of) climate change,” she said “but the impact it is having is not yet really clear. We are seeing a change in the patterns of the climate. In some areas of our country we are seeing drought; longer dry seasons. In other areas we are seeing longer wet seasons.” “While much of the evidence is anecdotal, the community is telling us and showing us the impacts that the change in climate is having. We know the sea level is rising and is affecting people’s houses in coastal areas; we can see some roads along the sea being eroded away – with parts being washed into the sea. We know some farmers are experience salt inundation because the sea is rising.”

And if you ask anyone – our dry season feels much colder than before and our wet season much hotter.

Emi talked about the severe drought that the eastern part of Timor-Leste faced between 2015 and 2017. CVTL responded.  An unconditional cash transfer programme was implemented because there was much less food, and it was more difficult to recover their livelihoods when there is a drought. The most vulnerable families received $USD 50 (approx. CHF 49), and were provided with regular water and jerry cans. This was complemented with health promotion and nutrition (specifically focused around drought conditions.) “Our target communities have faced crop failure because the rain comes later than it used to, which makes growing things much harder. Their water source (usually water springs) produce less water, so it’s important for CVTL to work with the community about climate change and to also help them prepare for their future under the changing climate conditions. We increase their awareness and provide livelihood options. CVTL helps the community to move away from being solely dependent on growing crops, and to diversify into other options. We provide some materials and baby chickens; we encourage families into small fish farming  – the community builds small ponds and we supply baby fish ; we help some families with setting up for handicrafts by providing some materials; and we helps some families with starting up food processing – like making cassava chips. This project is on-going as things are changing and people need to be prepared.”

CVTL coordinated this programme with relevant stakeholders through the Timor-Leste Climate Change Working group. This group is led by the government and includes NGOs, INGOs, relevant government departments, UN etc. This is under the Secretary of State for the Environment.

Recently, the Timor-Leste Secretary of State for the Environment held the third National Climate Change Conference in Dili. This highly successful (and very well attended) two day conference – had an array of distinguished speakers from across the government, UN and community groups. CVTL contributed to this important event in various ways including a presentation on CVTL’s activities by Emi and a large display for the participants to see.

There were 13 main findings from this conference. CVTL was recognized for: 1) the important work that CVTL has done in the community in responding to seven out of the nine NAPA (National Plan for Adaption) targets; and 2) the work that CVTL does in integrating its activities at the community level. Others were encouraged to follow CVTL’s work because it was based on NAPA which is systematic and integrated.