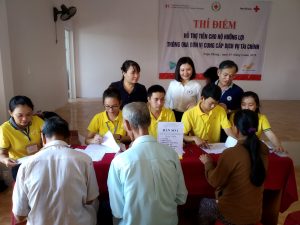 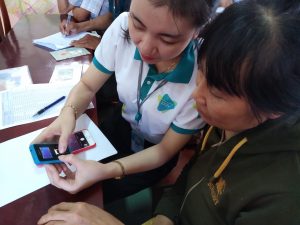 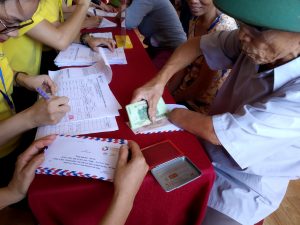 The simulation was conducted in five communes in Quang Tri province between 4 and 5 June 2019. In total, 1,013 people who are poor and nearly poor were selected to participate in the piloting. Each person received VND 250,000 (CHF 10.5) as allowance for their travel cost (petrol) and/or their wages. Out of the total number of beneficiaries, 428 persons registered with Viettel, while 585 others accessed the Post Office service, both of which are financial service providers (FSPs).

The simulation is part of the project “Cash Preparedness Initiative” implemented by selected National Societies with the technical support from IFRC. The goal of the Asia Cash Preparedness initiative is for Viet Nam Red Cross (VNRC) to have the capacity and the ability to use cash transfer programming in emergencies, recovery and resilience activities in a faster and more scalable way.

The simulation observed the following: