The Cambodian Red Cross always celebrates the World AIDS Day event every year to support the effort of the government and the profound HIV and AIDS activity of its president as the National Champion of the Asia-Pacific Leadership Forum in response to HIV and AIDS in Cambodia. For 2016 World AIDS Day, the CRC celebrated the event with the theme, “Early Test and Early Treat toward stopping AIDS by 2025”.

According to the above-mentioned theme, CRC organized 2016 World AIDS day event in several activities which included:
a. Key message from the CRC’s President for nationally dissemination.
b. 25 Red Cross Branches were encouraged to conduct home visits to PLHIV families by Red Cross Youth and Volunteers.
c. Youth debate at the National TV studio and aired through the National TV before and on 1 December 2016.
d. The health team from the NHQ visited 3 Red Cross branches (Siem Reap, Svay Rieng and Koh Kong provinces) and joined the branches’ activities.
e. The CRC’s NHQ health team conducted HIV/AIDS awareness sessions to several universities in Phnom Penh and Svay Rieng.

Key Activities
1. Key message from CRC’s President
The contents of the CRC’s President message to the public can be summarized as follow:
– Try to understand about the fact of HIV and AIDS and to prevent yourself from HIV infection, in particular all youth and you have to remember that “preventing HIV starts from you”.
– For those who are suspecting of infecting HIV and those who are living with HIV, you have to hurry to have blood test and accept treatment and health services from health centers and hospital. You have to commit not passing HIV to others.
– For pregnant women, you have to hurry to and to regularly have your pregnancy check-up so that you can take ARV preventing spreading HIV to your baby.
– Do not discriminate and look down on the people who are living with HIV. We have to create a supporting environment for risk groups so that they can get health services, social support lawful protection.
– “I would like to appeal for all, in particular youth, that we have to commit ourselves to contribute to HIV prevention and all the times we have to avoid any actions which lead us to be risky to HIV. Everywhere you are, you have to educate your friends to know how to prevent HIV like you do.” 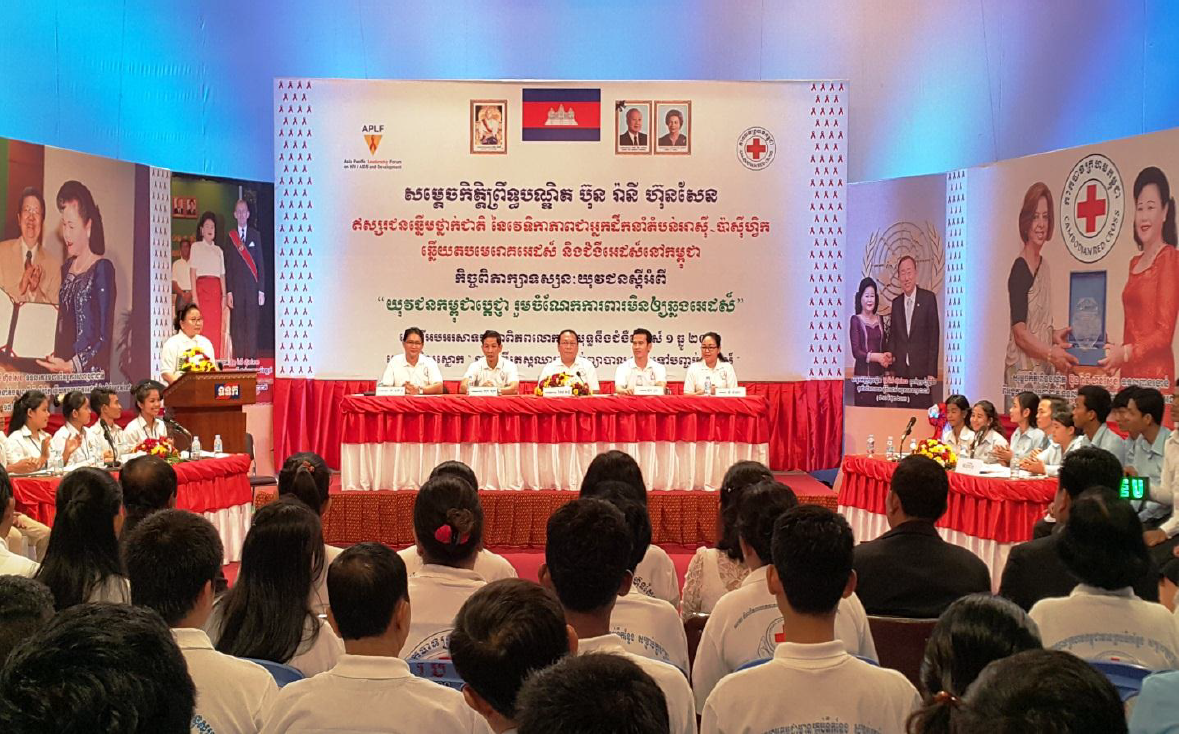 For the youth debate, the Cambodian Red Cross held it at the National TV Studio in Phnom Penh on 22 November 2016 and then aired the video spot via all local TV channels from the 25 November to 1 December 2016. This youth debate was held under the specific topic, “Cambodian Youth commit to prevent HIV.” The contents of the youth debate include: Contributing to the achievement of the 90-90-90 by 2020, highlight the youth role model in preventing HIV and AIDS, with the focus on self-esteem and social value, and the joint effort in fighting against HIV and AIDS in Cambodia so far. There were 200 people who attended this youth debate, including 40 Red Cross Volunteers and CRC’s staff. Student representatives from two universities debated on the key questions posted by the speaker panel. The speaker panel includes PLHIV representative, National AIDS Authority, Red Cross people and the media. 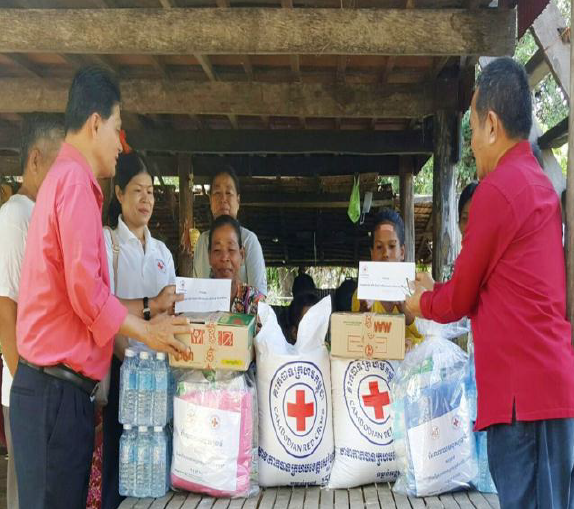 – Totally 435 food packages, including 60 packages supported by the Federation via ART Network, were distributed to PLHIV’s families at their homes within the three provinces of Hoh Kong, Svay Rieng and Siem Reap during November to December 2016.
– Four staff of the CD/NCD sub-department of the National Head Quarters directly went to the three mentioned Red Cross Branches above.