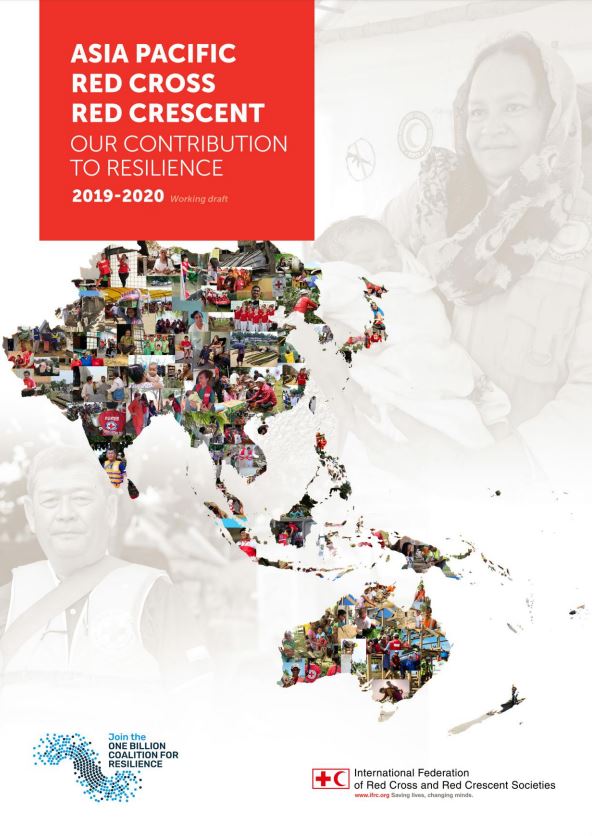 Our contribution to resilience

Home to more than half of the world’s seven billion people, the Asia Pacific region is the fastest growing, with seven of the ten largest cities and five of its largest economies. As economies expand, increased urbanization and demand for resources is challenging the ability of individuals, communities and governments to adapt and keep up with the fast pace of change. Our changing climate brings further complexity.

But with challenges also comes opportunity.

The International Federation of Red Cross and Red Crescent Societies (IFRC) and the 38 Red Cross and Red Crescent National Societies’ staff and volunteers are working every day with and for local communities to reduce risks and build resilience, actively contributing to the achievement of national and global goals. Through our network of more than 126,000 local branches and over 20 million volunteers and youth members in Asia Pacific, we are engaging local and regional coalitions with governments, regional bodies and the private sector to intensify our collective contribution to resilience. In the past year, we have collectively reached more than 30 million people in the region, 8 million of whom were directly supported to reduce their own disaster risks.

We are adapting to change. New and more effective ways of resilience building, such as early warning and early action for floods and heatwaves, are now required for saving lives and resources. Nine National Societies in the region are actively working with the Red Cross Red Crescent Climate Centre, their national authorities and climate scientists to find faster, more efficient ways of responding before disasters strike. We are increasingly using cash transfer programming as a tool to reach more people, with local ownership of community preparedness as a key approach. Support for the increasing numbers of people on the move, complex disasters and urbanization are challenging us to evolve to meet the changing nature of humanitarian needs in the region and beyond.

We are mobilizing coalitions for resilience. Through our local and global networks, we are reaching out to partners to join us in scaling up resilience-building initiatives as a collective contribution to the One Billion Coalition for Resilience (1BC) which aims to enable one billion people to take active steps towards their resilience by 2025. Our partnerships with regional organizations such as ASEAN (Association for Southeast Asian Nations), with governments throughout the region and the private sector, including Zurich, Grab and Prudential, also demonstrate the power of collective action in resilience building initiatives.