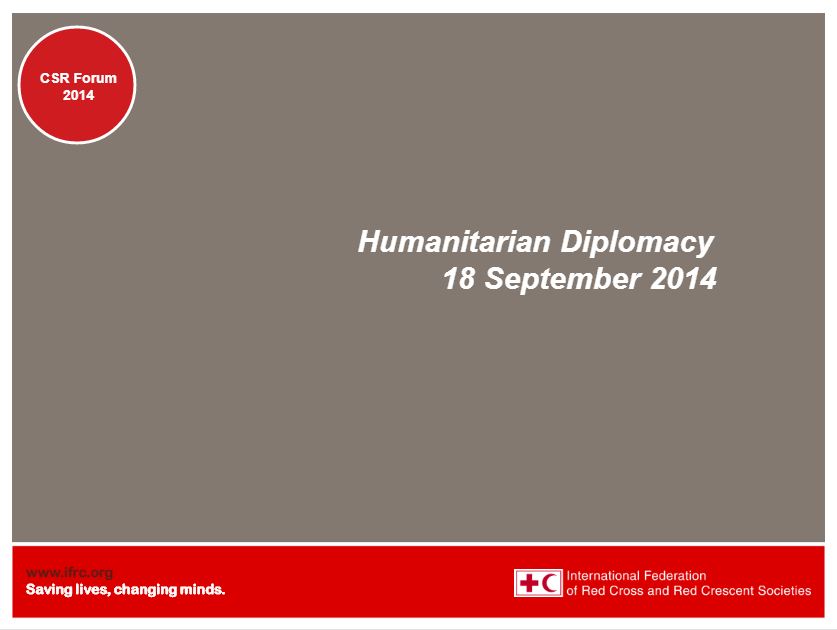 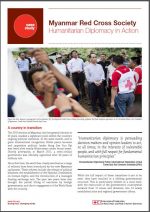 Purpose: Since this time, the world has closely watched as a range of reforms have been introduced by the new Myanmar parliament. These reforms include the release of political prisoners, the establishment of the National Commission on Human Rights, and the introduction of a managed floating exchange rate. The past two years have also brought the partial lifting of sanctions by foreign governments, and the re-engagement of the World Bank with the country.

Overview: The 2010 election in Myanmar, the first general election in 20 years, marked a significant point within the country’s ongoing political transition. In the same month, and to great international recognition, Nobel peace laureate and opposition political leader Aung San Suu Kyi was freed after nearly fifteen years under house arrest. Shortly afterwards, in March 2011, a semi-civilian government was officially appointed after 49 years of military rule. 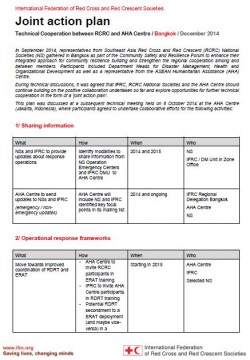 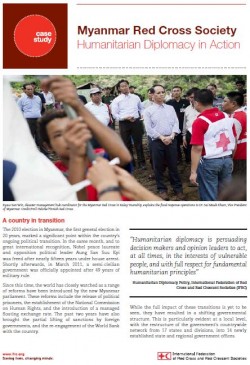 For some of IFRC tools in humanitarian diplomacy and advocacy, click here: